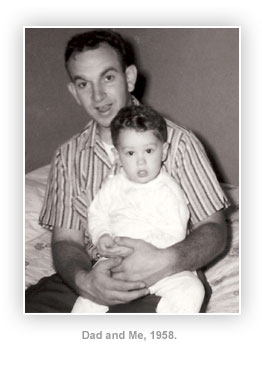 My Father’s Murder: An Epilogue

One day not long ago, I drove into a valley deep in the mountains of Oregon , a swath of green pastures edged by wild blackberries and split by a creek that filled up a nearby lake. It seemed a pleasant enough place in the world, a place I might even visit again to fish the rivers of the Cascade range or soak in the 1940s scenery of Oregon’s hidden valleys. That was a trip I owed my family, though my wife, who had known me since I was kid, no longer believed I was capable of such leisure. “You, a tourist wandering the byways?” she said, scoffing at the image of me and her and the children free at last. “You don’t go anywhere without a purpose.” This wasn’t altogether true—our volumes of family photos showed otherwise—but I knew full well what she was getting at. The road that had taken me from the middle of California to this spot on the other side of Grants Pass was nothing if not purposeful. For more than half my life, I had been looking to find the answers to my father’s murder, only to discover that the secret rested not in the hometown I had spent so many years prying into but here, five hundred miles away, in a tiny trailer set back in the woods alongside a creek they called Cow.

My father, Ara Arax, was gunned down by two strangers who walked into his nightclub in Fresno on a foggy night in January 1972. He was forty years old and I, his oldest child, was fifteen. Why we assumed that the police wouldn’t solve the murder, I’m not sure. But that night in the emergency room, I told my family that I would. All through my twenties, as my mother lost a fight with cancer and my wife gave birth to our first child, I tracked down the names in my notebook. There were barmaids turned junkies, a bouncer who rode with the Hells Angels and one bartender who had become a hit man. I approached each one as Ara’s boy “Markie,” and they confessed all manner of sin. I even wrote a book about my journey, a combined memoir and investigation that took me back to the land of my grandfather’s birth, a murdered nation. No matter how deep I dug, though, I never found my father’s killers, never completely put to rest the rumors of drugs and police corruption and a dad who coached Little League by day and entertained Fresno’s crooks by night.

Then thirty years after the murder, I was handed a new name–Sue Gage. She was the keeper of the secrets, I was told, the woman who had set my father’s death in motion. Not long after the murder, she had left California and moved to a tucked away valley in southern Oregon . She had been living outside a town called Azalea ever since, each year breathing a little easier as the trail that led back to Fresno and my father grew more and more faint.
For weeks, I debated different ways of approaching her—by deception or third party—before deciding to pick up the phone and arrange a meeting face-to-face. What tone of voice do you take, I wondered, when the person on the other end, frightened and cagey, holds answers to questions that have defined, twisted even, your adult life? What words do you let tumble out? Part of me, the son, couldn’t stomach the idea of any small talk. Part of me, the journalist, knew how to soften up the wary by playing the earnest good guy. And so I dialed her number and put on my best performance. How I sounded so grateful when she told me what a pleasure it was to hear from Ara’s son. How I listened so patiently as she gabbed on about the coyote unnerving her pit bull and the long-awaited vacation she was about to take with her grandkids.

Now I was headed down a last stretch of road toward her trailer, past Christmas tree farms and cows grazing the hillside and tin-roofed cabins spewing thick gray plumes of smoke. As the hilltop dipped down into the valley, the smoke became mist and the mist turned to rain. Through the windshield splatters, I could see a tiny woman in a red turtleneck and jeans standing at the side of the road. The closer I got, the bigger her smile became. I didn’t know what Sue Gage looked like. She had my father’s face to know me.

There was a time when I dreamed of nothing but such a moment. I’d sit in bed at night and stare at the police composite of one of the gunmen drawn from the memory of a single eyewitness. He had slicked back hair, high cheekbones, boot-shaped sideburns , and a neat mustache. I spent years lifting weights, transforming my body in anticipation of something primal that would surely come over me when I found him. I imagined how the perfect hardness of his face would melt when he realized that the man standing before him was the fifteen-year-old son.

What awaited me now wasn’t that killer but a woman who had provided a gun and a half-thought-out plan to the shooters. Two of her former boyfriends, all these years later, had come clean to the Fresno police. They told the story of a minor league beauty with a cunning that made dangerous men carry out her schemes. That she had grown old like the rest of them, with a bad liver and a mouth full of bad teeth, might have led one to miscalculate the challenge she presented. But seeing her standing there in the weeds—in the rain without an umbrella, smiling, smiling—it was hard not to appreciate the cunning that remained. As I got down from my truck, she moved closer for what I expected was a handshake. Then the smile vanished. She was staring at my hand, the one holding a notebook and pen.

“Are you here as a son or as a writer?” she asked.

It was a plain question posed in a flat twang. Maybe she thought it deserved a plain answer. The answer was my life. I wanted to tell her that the son had become a writer on account of murder. He had practiced and honed all the skills of journalistic investigation across a long career for just this one moment. Son, murder, writer—we were one. Before I could answer, she looked me cold in the eye.

“If you’re looking to pin the blame,” she said, “you’ve come to the right place.”