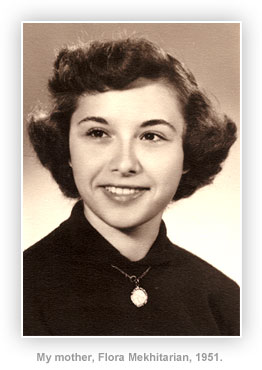 A boy growing up in the Great Central Valley didn’t hold much in the way of bragging rights. I don’t remember anyone ever calling our flatland ‘‘the Great’’ when I was a kid or thinking that we were part of some vast, shared landscape. No fine books in praise of the valley existed back then, at least not on our shelves. As for William Saroyan, he spent a whole damn novel calling my Fresno ‘‘Ithaca.’’ Overcome with a kind of booster’s pride, I sometimes felt the need to prove myself and our place. This impulse was never more keen to me than when Jean-Simon and his family would come up and over the mountain from their home in that other valley, the San Fernando.

They were French Armenians who knew my mother’s clan back in Marseilles, and their summer visits were marked by the father, Michael, in his pajamas and slippers, cooking rabbit and wine stew in our kitchen and by the big city weariness of little Jean-Simon. Growing up in L.A., he had seen and done it all. Disneyland was a big yawn. Koufax and Drysdale old hat. The Santa Monica beach was so much sand.

Nothing about my valley held any wonder for him. Every toy I brought out from the closet—skates, skateboards, a slip ’n’ slide, clackers—was something he had discovered and discarded two years before. He seemed to burn through life at triple our small town speed, and the divide between us only grew wider, and more ugly, with each year. One summer, I reached into the toy closet and brought out a pair of boxing gloves. ‘‘Ever seen these, Jean-Simon?’’ It was supposed to be a two-fight event, but my little brother got carried away in the preliminary bout. Jean-Simon’s cousin was knocked down silly in a corner of the closet when our parents rushed in. Jean Simon and I never got to duke it out. The very next summer, our friends from L.A. began making the three-hour trek up the scorching valley without their boys.

What could I have told him anyway about the place that my grandfathers had chosen after a life of genocide and exile more than 80 years ago. That we had tamed every river busting out of the Sierra and created a farm belt out of desert and marsh, agriculture at a speed and variety never before seen in civilization? It may have been a miracle, 250 crops in all, breadbasket and salad bowl and fruit bowl and creamery rolled into one, but we Araxes no longer had anything to do with it. My father’s father had sold his last vineyard in the 1950s and went into the grocery business. My father, one of the first students to major in grape growing at Fresno State, owned a bar.

Yes, almond and peach trees blossomed white and pink in our backyard, but they were suburban almond and peach trees, badly pruned and bearing meager fruits. I had no dirt under my fingernails, at least no honest farm dirt. What rolled out from mountain to mountain, 7 million acres of lush farms from Bakersfield to Redding, began just 20 minutes in either direction from our house. ‘‘The country,’’ my mother would chant, as if it were some elixir. ‘‘Let’s take a drive out in the country.’’ Out in the country was a life apart from the one we had in the suburbs, and it might as well have been a sea away, so few times we touched it.

How to capture the Central Valley’s refusal to be pinned down, its insistence on being many places at once, each with its own capacity to inspire awe or contempt?

There was a vastness I could never quite grasp as a child. I felt it in the wind at night, smelled the grapes turning to wine in Gallo’s big tanks, but the valley always eluded me in the end. My father kept a knife in the drawer that looked different than every other knife and when I asked him what it was for, he simply said, ‘‘Girdling grapes.’’ Why he kept it there, what girdling even meant, were questions that didn’t occur to me for another 20 years.

Maybe all kids are stupid to their place, but the bigness of valley agriculture only compounded the mystery and added to the distance that separated us from the farm. It seemed that we were neither urban nor rural but some fraudulent variant of the two. Fresno, like every other city along Highway 99, wasn’t so much a farm community as it was a community amid farms. What we glimpsed on our way to Disneyland or Candlestick Park wasn’t the prettified vineyards of Napa or the gentle wheat fields of the Midwest. The valley had its own rusty, gnarled, corrugated, fermented beauty. Likewise, our farmers didn’t live on the land and cultivate 40- and 80-acre homesteads like the farmers of nearby Reedley or Selma. Our farmers called themselves ‘‘growers,’’ and they lived in the suburbs and drove 45-minutes each day to their fields.

I remember feeling a spiritual distance between city and farm—so close and yet so far. Was my valley a beautiful place, an ugly place, a place where the soil was dead or never more alive, where the spirit became annealed or reborn, where the economics of industrial agriculture penciled out for a few or for many?

Sooner or later, any writer attempting to tell the story of the Central Valley must account for the gravity of its landscape. I’ve spent half my days second-guessing the brushstrokes I’ve used to show this place to the outsider who has only my words as eyes, or to the native whose eyes have failed him. My own eyes still play tricks on me.

I recall a time in the early 1970s when my father grew disillusioned with suburbia. He turned his bar into a nightclub and brought in Chuck Berry and other big acts from the city. Early one morning, I was awakened by the sound of shovels and hoes working the soil outside my bedroom window. If my father couldn’t return to the farm, he was determined to bring a little farm to North Lafayette Street. He and Grandpa had trucked in dirt from the river and cleared a quarter of the back yard. The three of us spent the day planting tomatoes, peppers, eggplants, cucumbers, watermelons, cantaloupes and squash.
Maybe because the soil was virgin or maybe because I followed so intently my Grandpa’s instructions—‘‘Irrigation is art. Not so much, not so little’’—but you should have seen that garden. From July to December, I picked baskets of red and green and purple vegetables and washed and polished each one. Grandpa said he had never seen such a bounty. Next year would be even better, he promised. Then the first frost came and the green leaves withered and my father went to work one Sunday night and was shot and killed by two men. The police called it a hit but the men were never identified, and the murder was never solved. I left Fresno for the big city.

A decade ago, I returned with my family and moved into a house not far from the old house and planted a garden with the hoe my grandfather had left me. The town has changed, and the fig orchards where I rode my mini bike and gigged frogs are now housing tracts and strip malls. As another orchard gets plowed under, I plant another apricot or persimmon tree or take out another strip of grass to add one more row of vegetables. My garden is now ample and year-round, and the dirt under my nails is honest farm dirt. The country is right outside my window.